(Reminder: this post is being published well after our visit, we are currently in Portland Oregon until Sept 4th)

We stayed with Gail and Rick about a week and from Condon were headed towards Calgary. We discovered that there was a Highland Games festival taking place in Libby Montana so we decided that would make a good first stop. Gail decided to join us for so after packing up our car (and hers), we said goodbye to Rick, Poppy and the yard deer and set off. 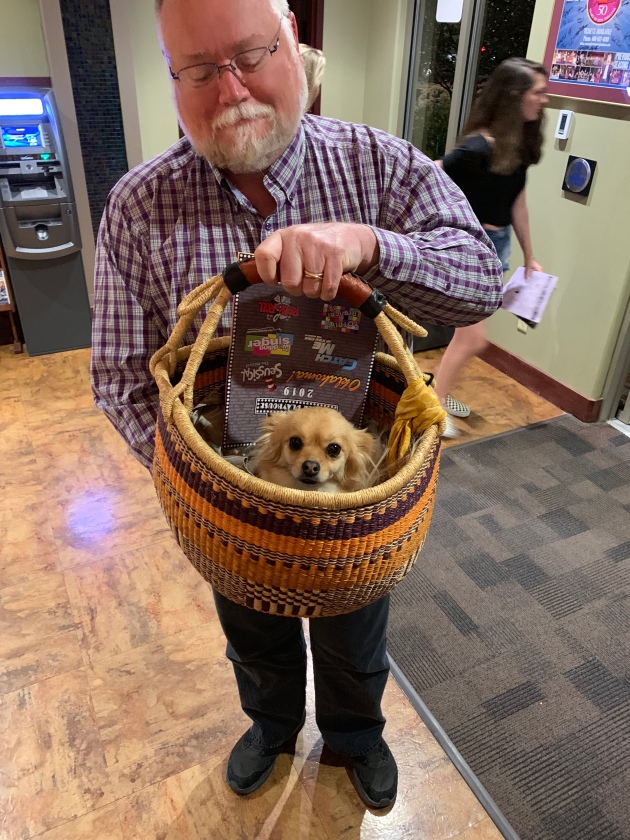 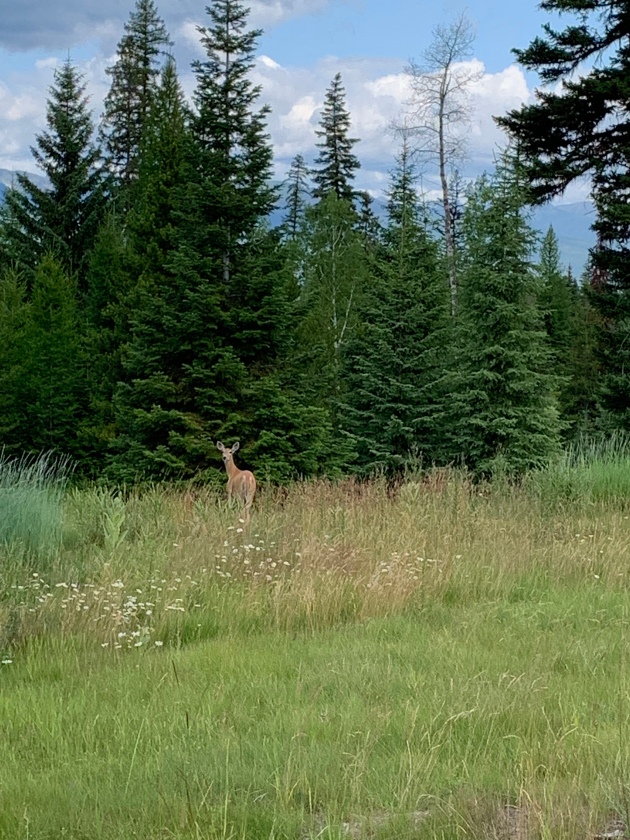 After arriving in Libby we went to the campground where the games were to be held the next day. The title picture of this post is of Big Foot at the games!

The participants were practicing their skills so the three of us decided to join in and practice what we do best! 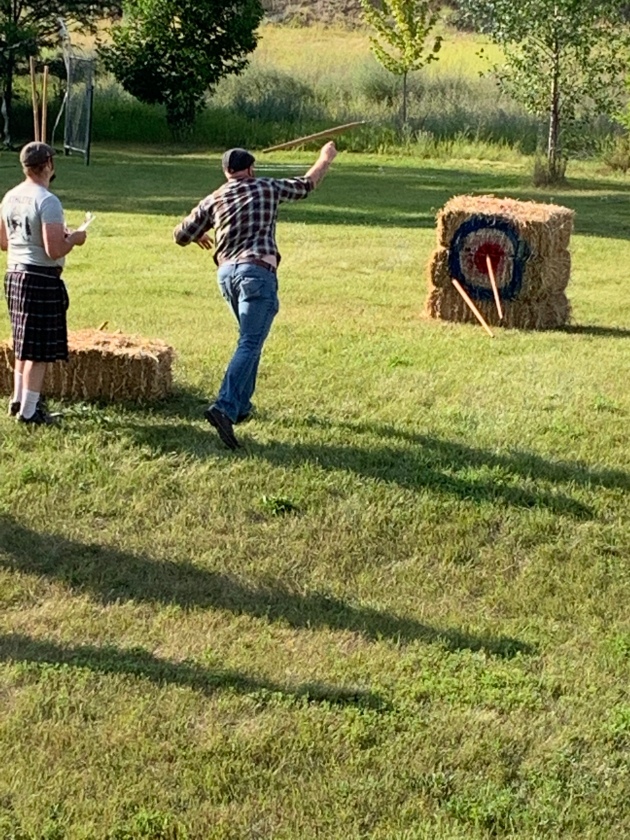 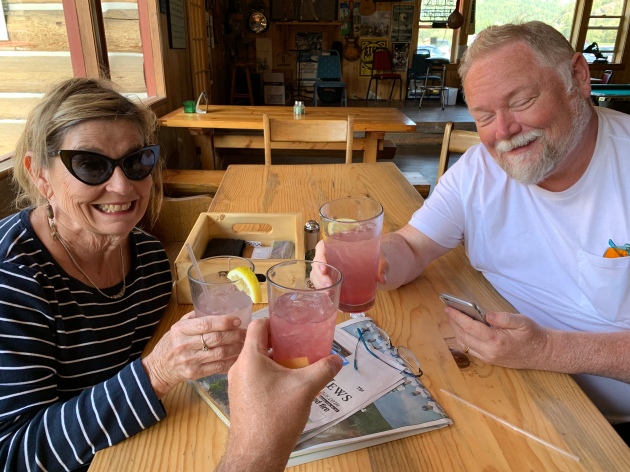 The next day we made it back to the games and frankly I was a little concerned at some of the judges! LOL 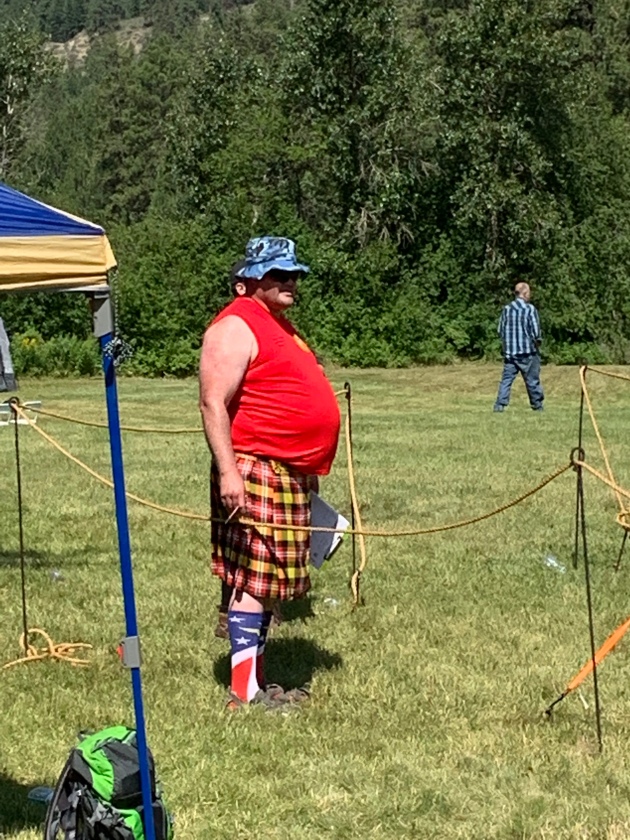 But I needn’t have worried. The athletes were pretty amazing. 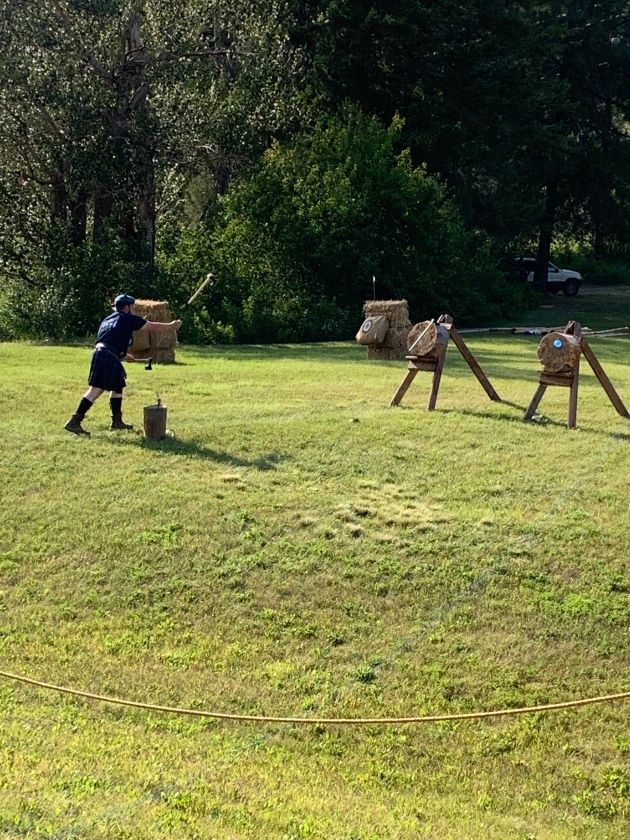 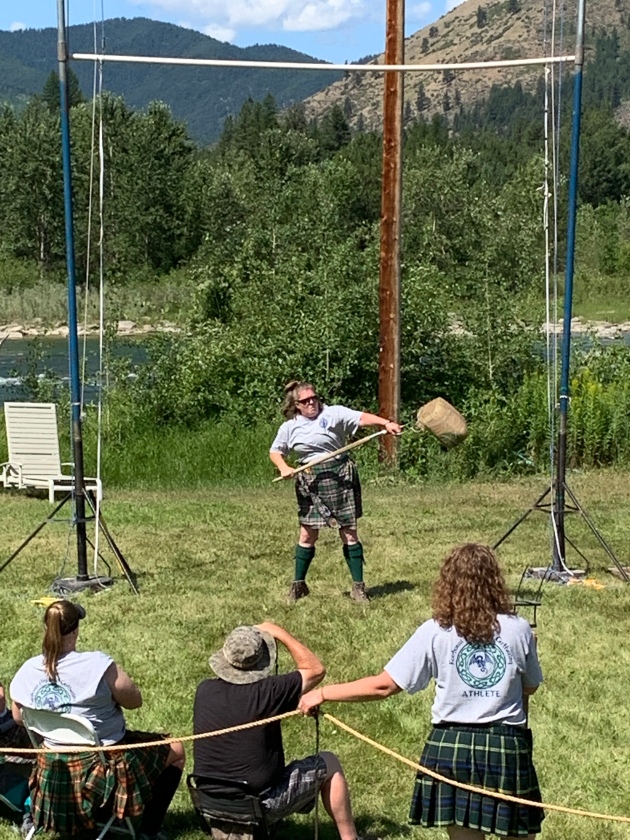 The entrance of the Clans was probably the highlight for us though. 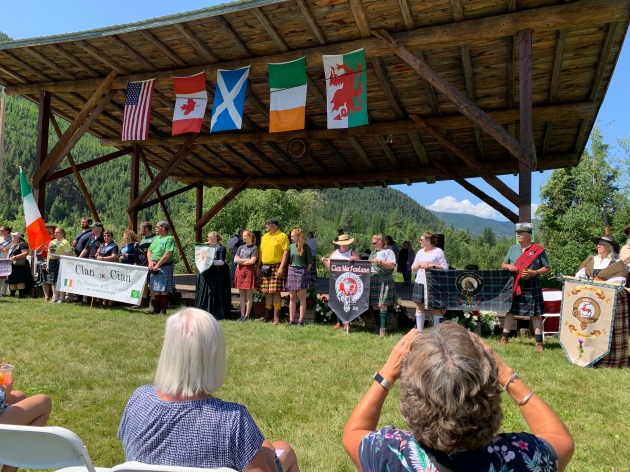 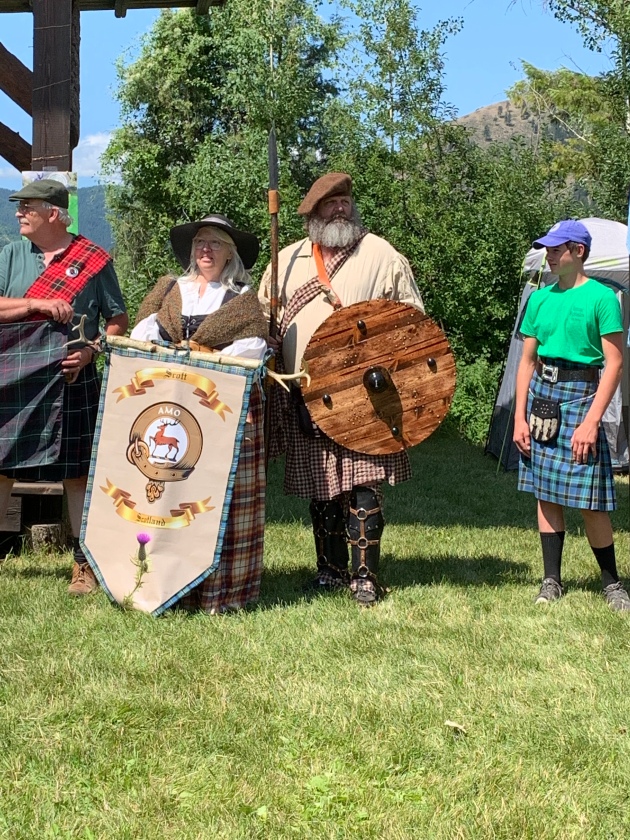 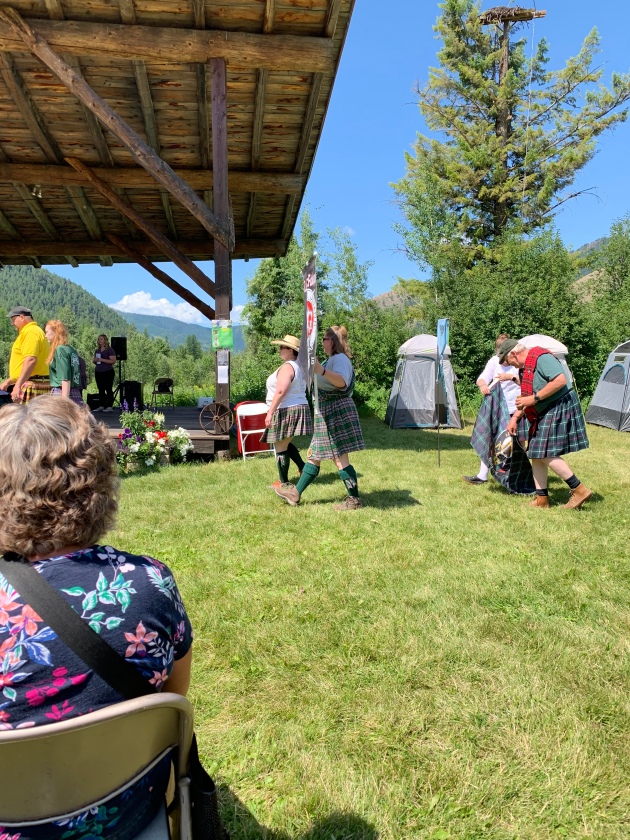 After some time at the games, we went to a local brewery and had a tasty lunch and then Gail headed back to Condon and Mike and I had a relaxing evening before hitting the road again to Canada the next morning.