OMG! The Palau de la Musica Catalana in Barcelona is amazing! The glass walls and the skylight plus the ceramics, light fixtures and sculpture. Just WOW. 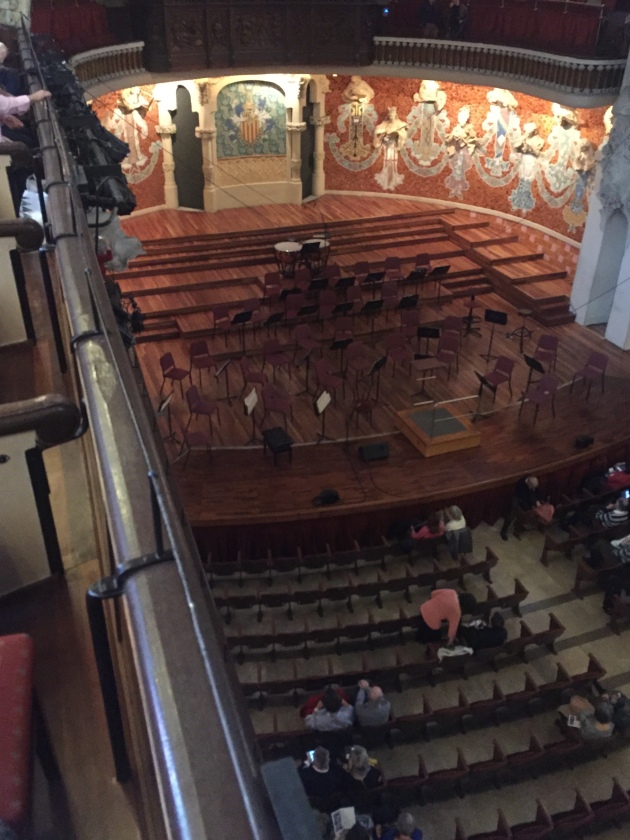 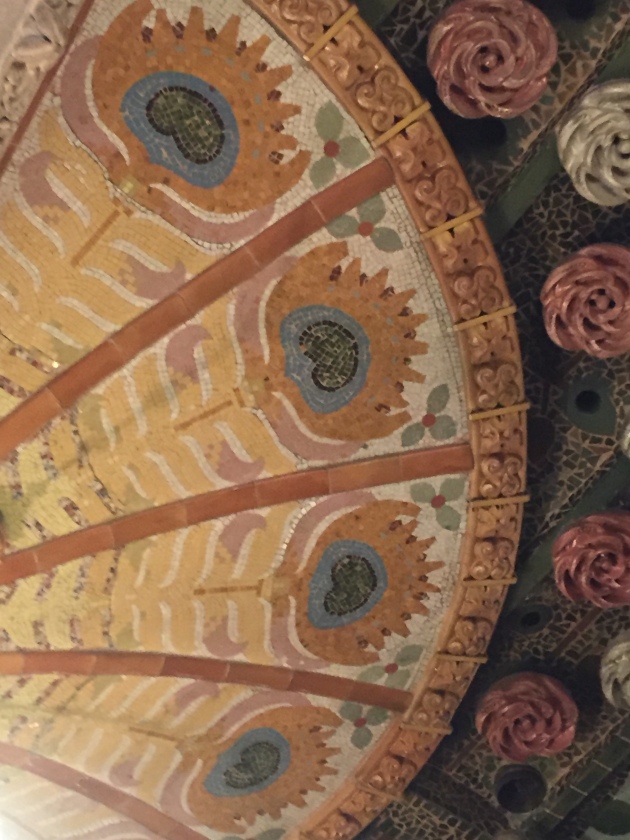 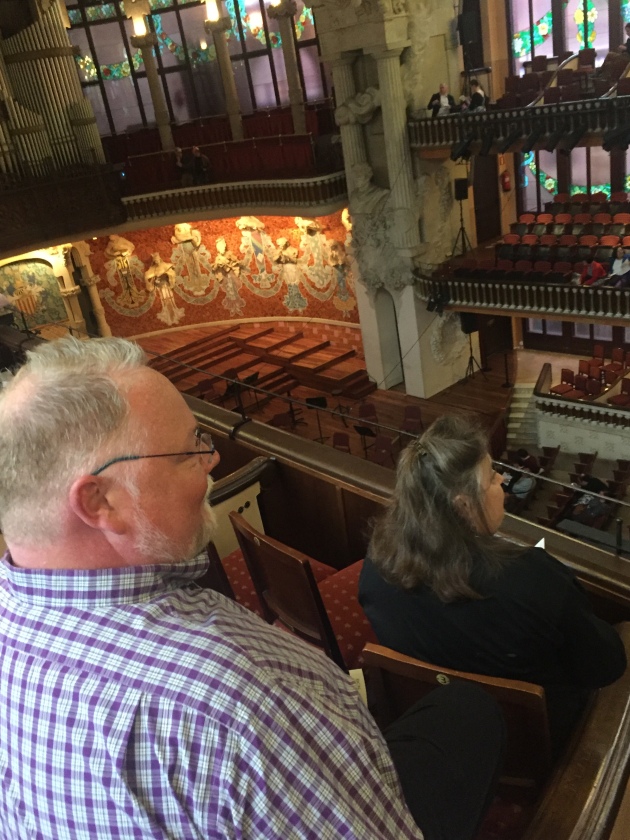 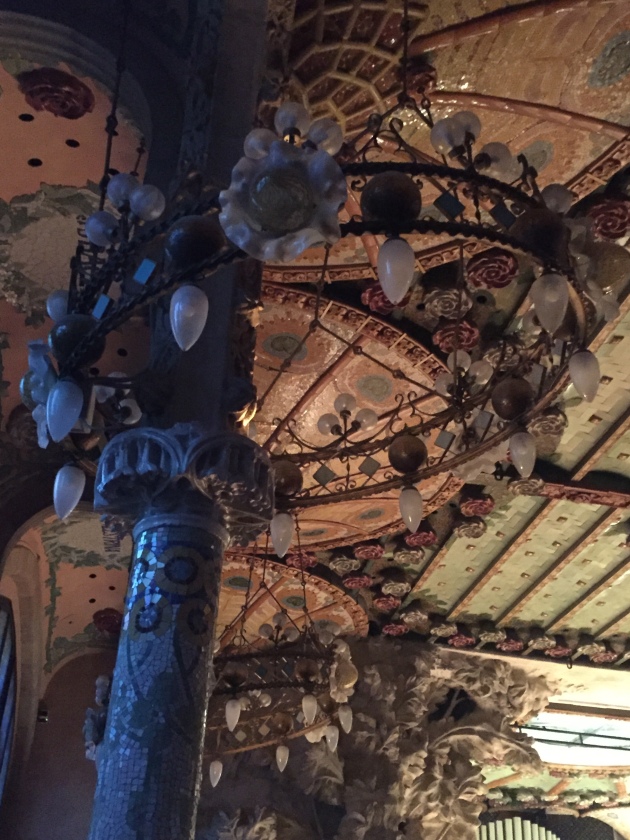 The concert was equally impressive. We heard three pieces of music. A fine but nothing to write home about introduction, a Catalonian piece which premiered in this hall seven or eight years after Franco took control and outlawed the Catalan language, and Beethoven’s 2nd which he wrote just after he learned he was going deaf. Despite this it is a cheerful and uplifting piece.

The Catalan Concierto de Aranjuez was that most impressive. It is for guitar and symphony. The guitar soloist was Juan Manuel Canizares and while he was great with the concerto, after multiple curtain calls, he play an encore that was I believable. I don’t understand how he got the sounds out of it-it sounded like two or three guitars at some points. 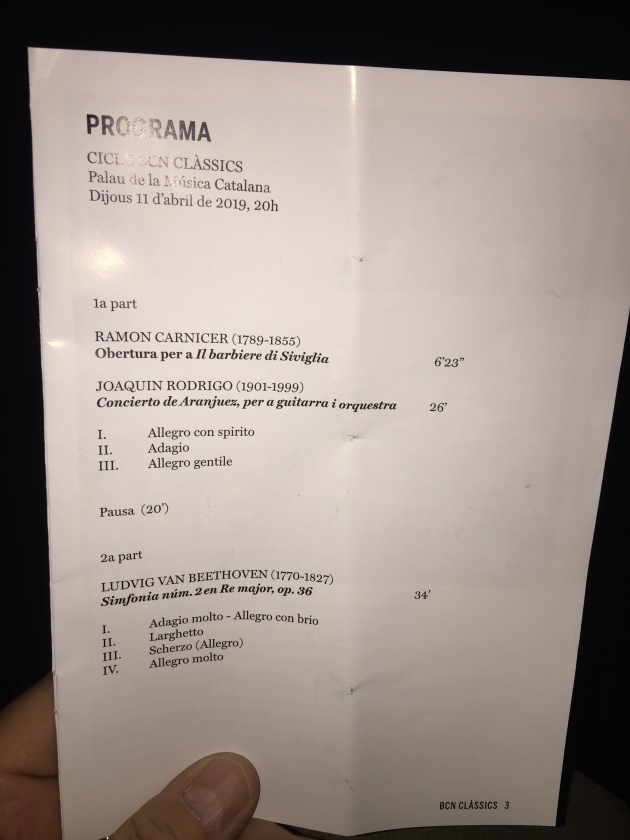 We all enjoyed the concert greatly as well as the building.

Tomorrow morning Lois gets introduced to Antonio Gaudi at Sagrada Familia. If her reaction when we walked by the back of it to catch our taxi to the concert is any indication, she is going to be as amazed. Her first statement was “I’ve never seen anything like that before”.

Which is certainly true!