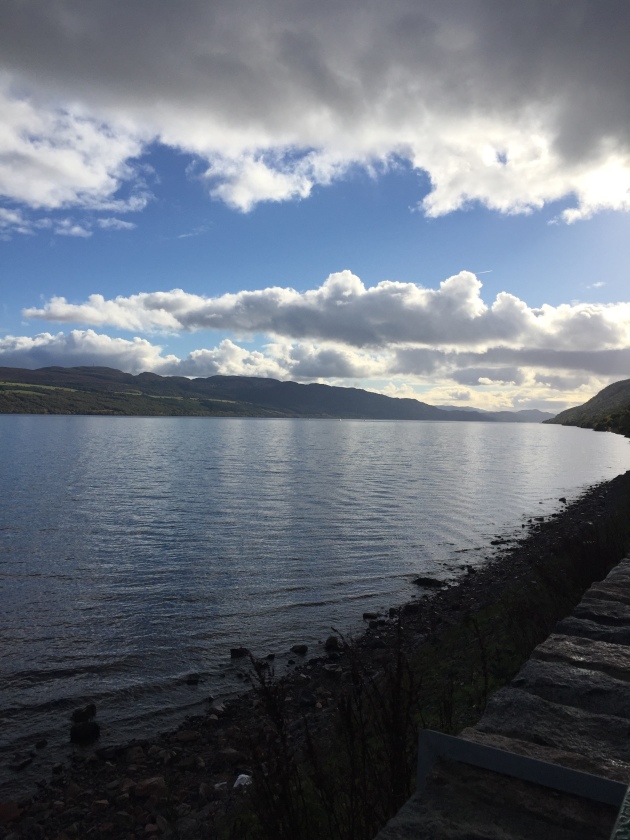 We had a wonderful day driving (in Jenny’s new Peugeot) from Jenny and Brian’s toward Inverness and then along Loch Ness on our way to Fort Augustus.

The countryside everywhere we drove was just beautiful. We stopped along the way and ate leftover cheese, meats and pastries at a public park where we were all but attacked by ducks!

Below are several of the hundreds of pictures we took along our drive along Loch Ness. The Loch is very deep according to one of the signs holds more water than all the other bodies of water in Great Britain combined! 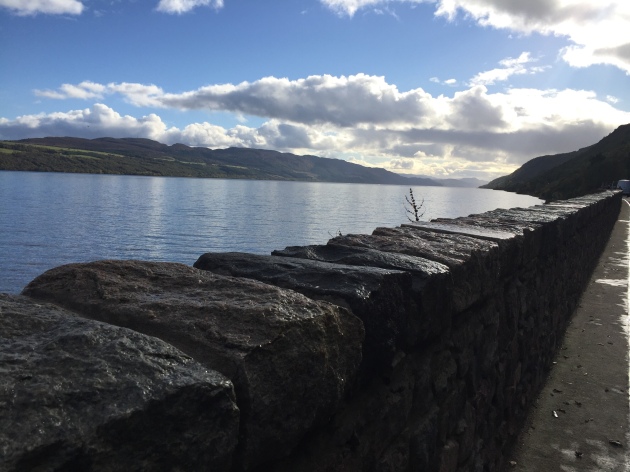 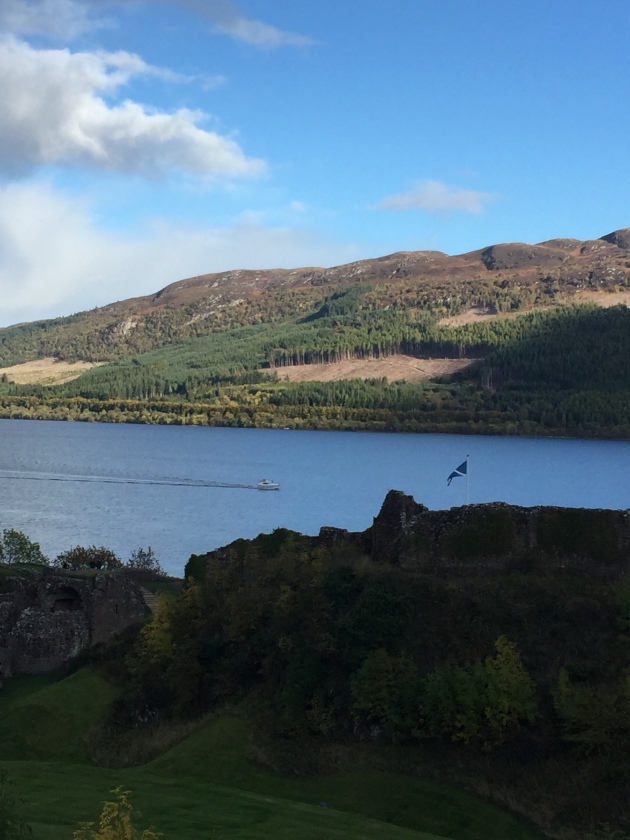 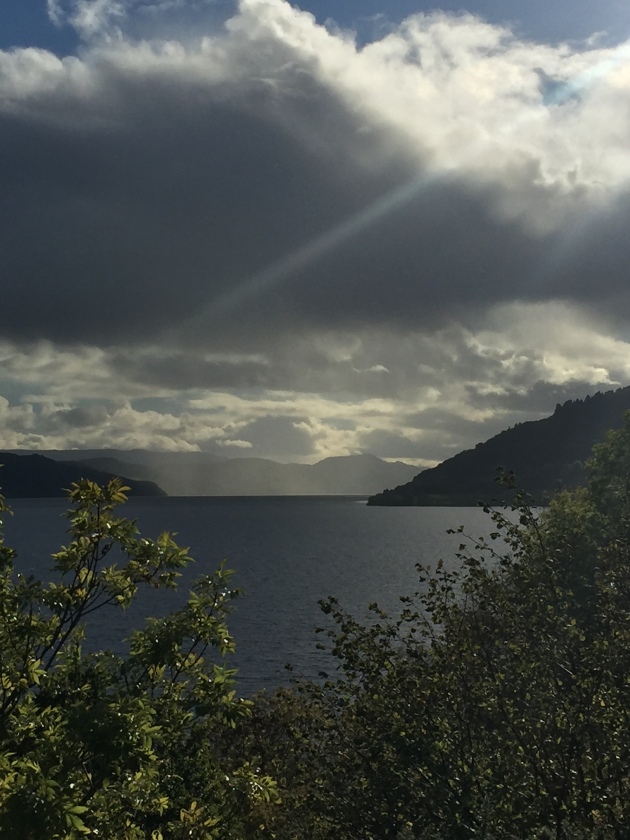 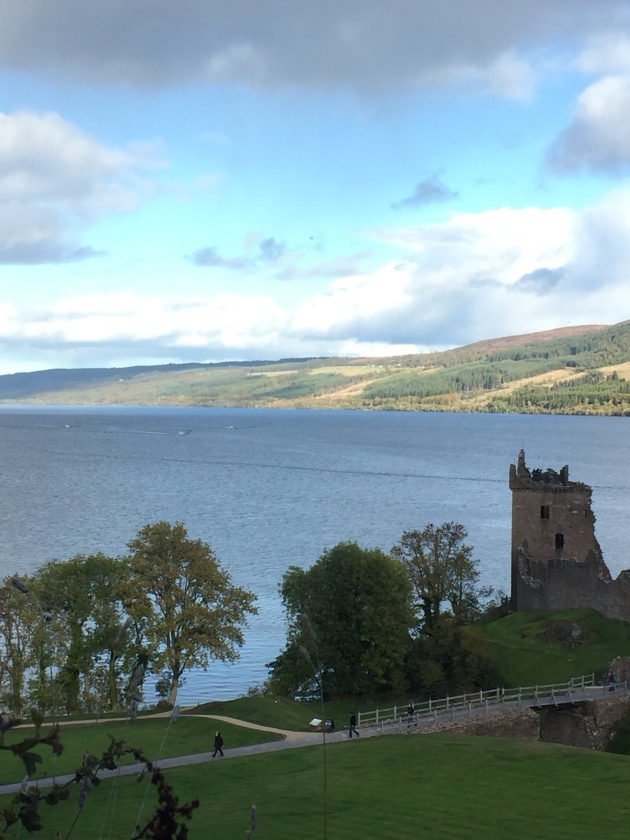 We arrived at Fort Augustus and the wonderful B&B Jenny had booked for us. After checking in our beautiful room we had a cup of tea (with milk) beside the coal fire in a wood paneled lounge-does it get anymore Scottish??? 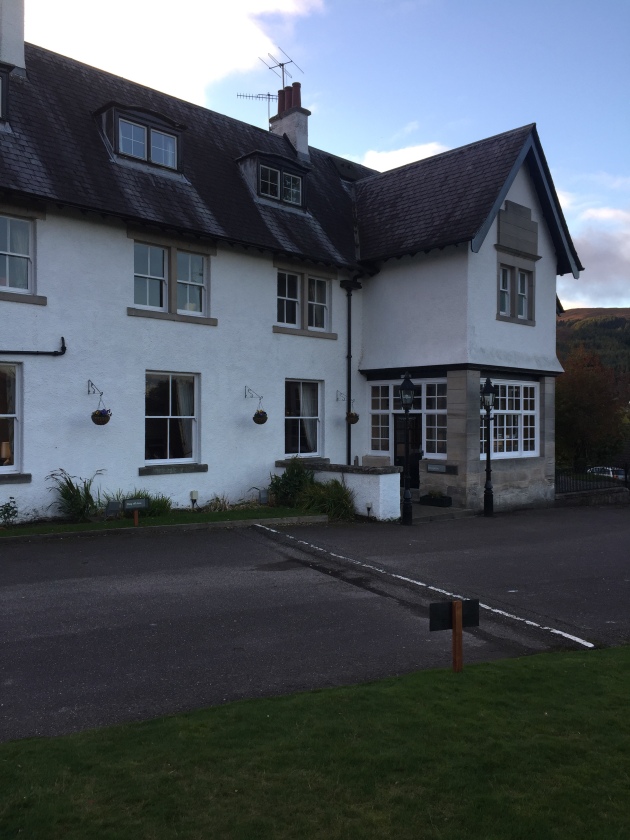 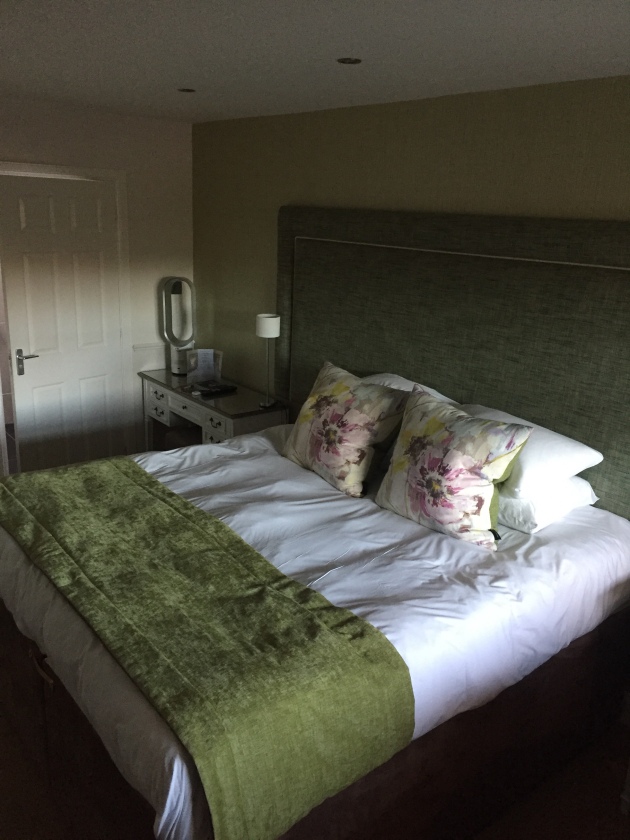 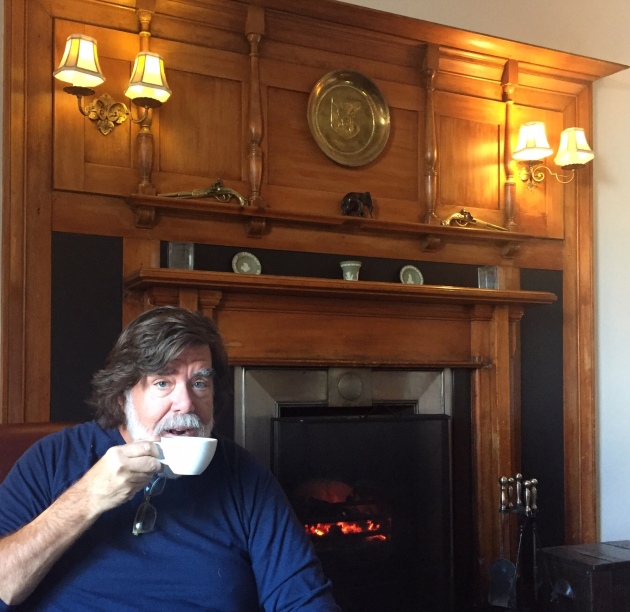 Mike and I wandered around the lovely village including climbing across the locks of the Caledonian Canal which joins Loch Ness to Loch Oich and then with other canals the Atlantic Ocean. And we finally saw Nessie! LOL 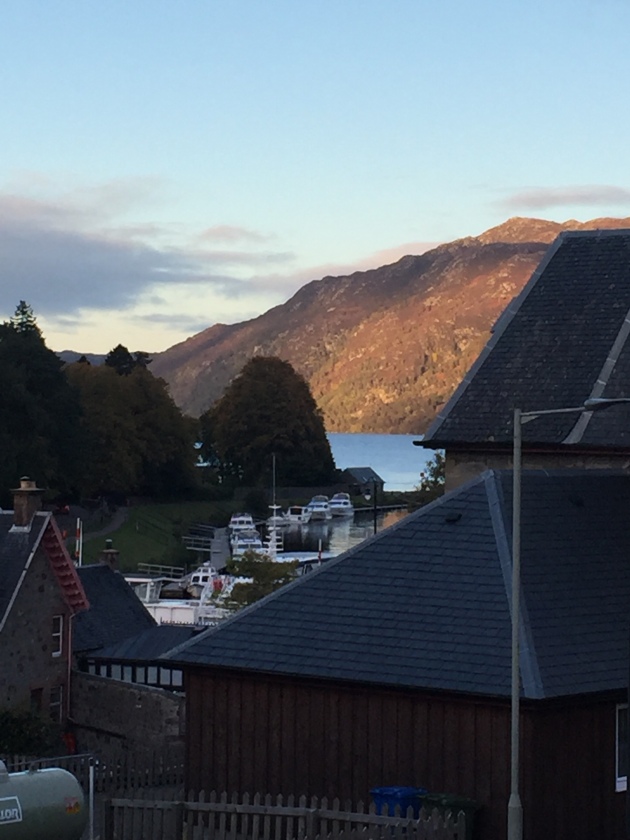 We followed the canal down to Loch Ness and enjoyed the view below.

Across the canal is a former Abbey which became a school and is now a private club with residences. We enjoyed a fish and chips dinner in the boathouse. 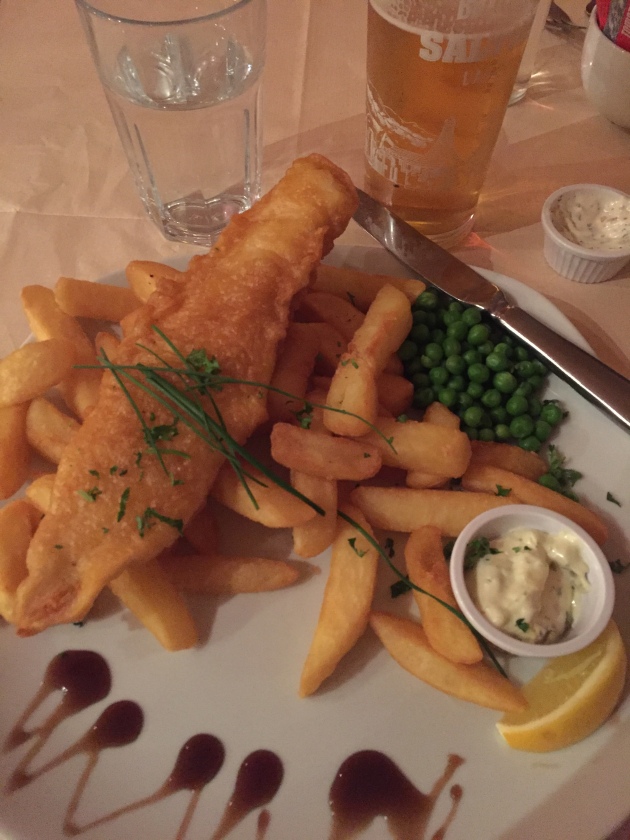 The next morning after a delicious breakfast (full Scottish for me-Black pudding, haggis, tatties, bacon, sausage, eggs, mushrooms, tomato and toast; we set off for our drive to Glasgow via Glencoe. More on that in the next post. 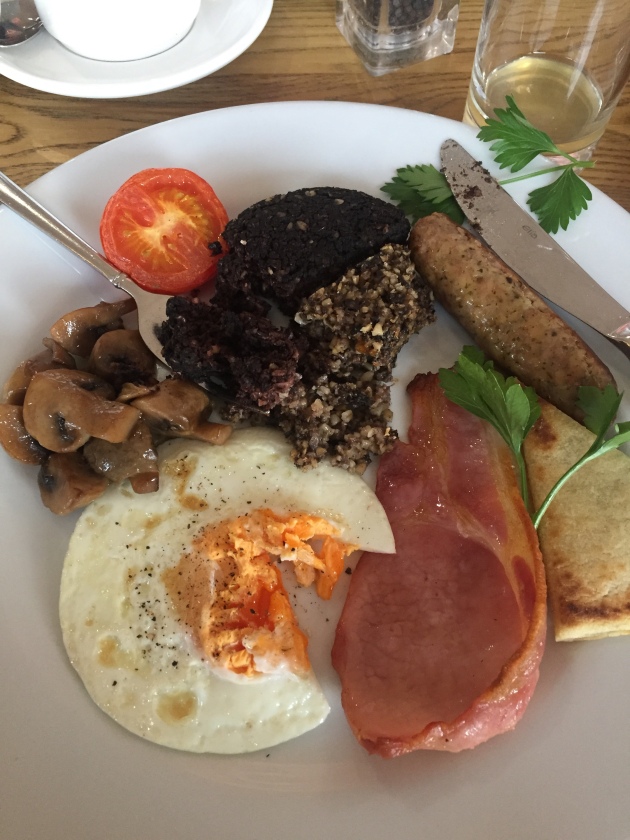 And hopefully the picture uploading issue has been resolved-I’ve upgraded from the free plan and am now paying each month for this blog so maybe Mike is right we need to figure out how to monetize it so it would at least pay for itself. Anybody have any ideas how to do that?