Bratislava is the capital of Slovakia and is dominated by its castle pictured above. Unfortunately it was pretty much destroyed in a war (sorry can’t remember if it was WWII or another) so what you see is all new.  The old part of town was charming  though a bit over touristy.  Bratislava is apparently the capital that located closest to two other countries.  From the castle one can see Austria and Hungary.

The highlight of our very early and very quick tour was our guide who spoke emotionally about her life as a girl under the communist regime and the wonder later after the fall of communism to be able to finally walk across the border to Austria which she had grew up seeing but had never been able to visit. She relates that she and her high school chum spent a whole afternoon just going back and forth from Slovakia to Austria….because they could. 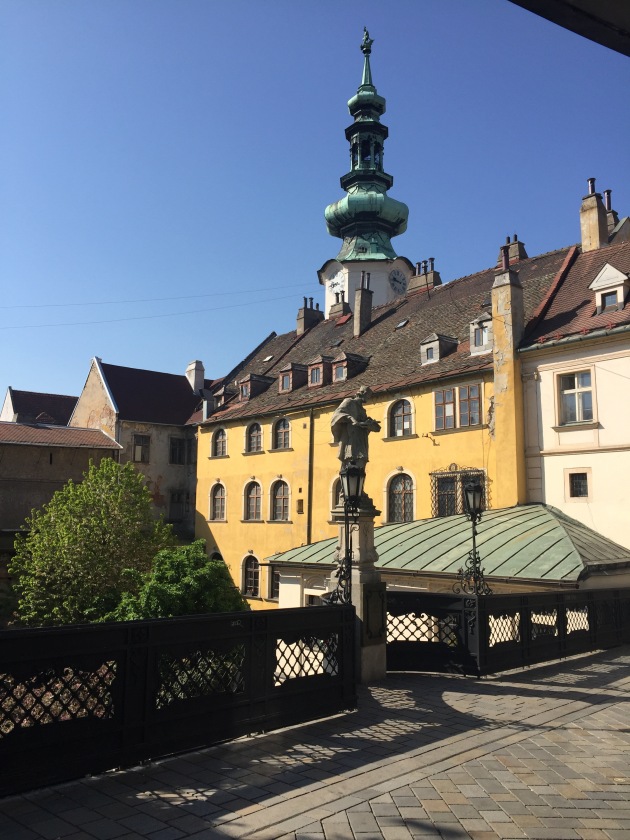 The house above is the 2nd narrow list house in Europe.

That’s a cannonball imbedded in a house above. Apparently after an attack the city government allowed tax relief for any houses damaged …the story goes that the cannon ball above made a 180 degree turn in order to be where it ended up….apparently cheating on your taxes is nothing new! 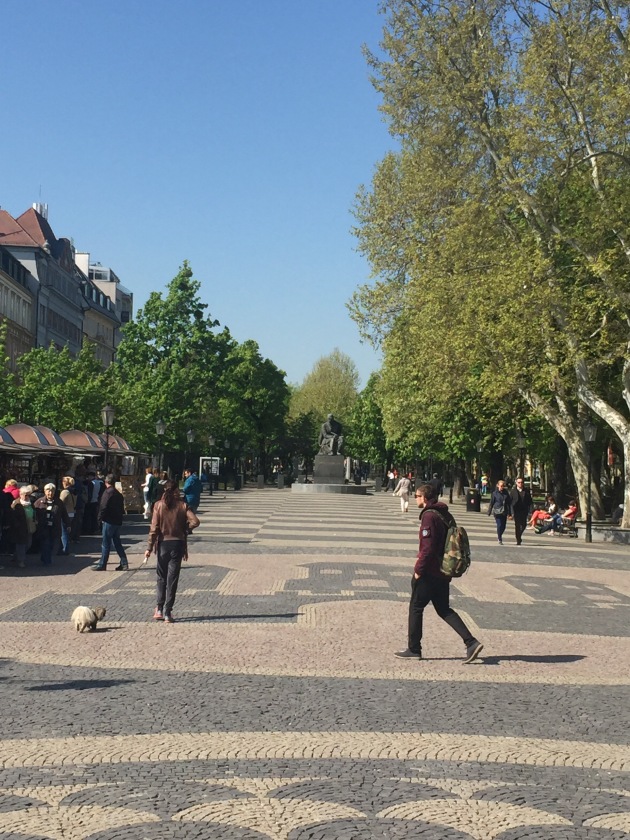 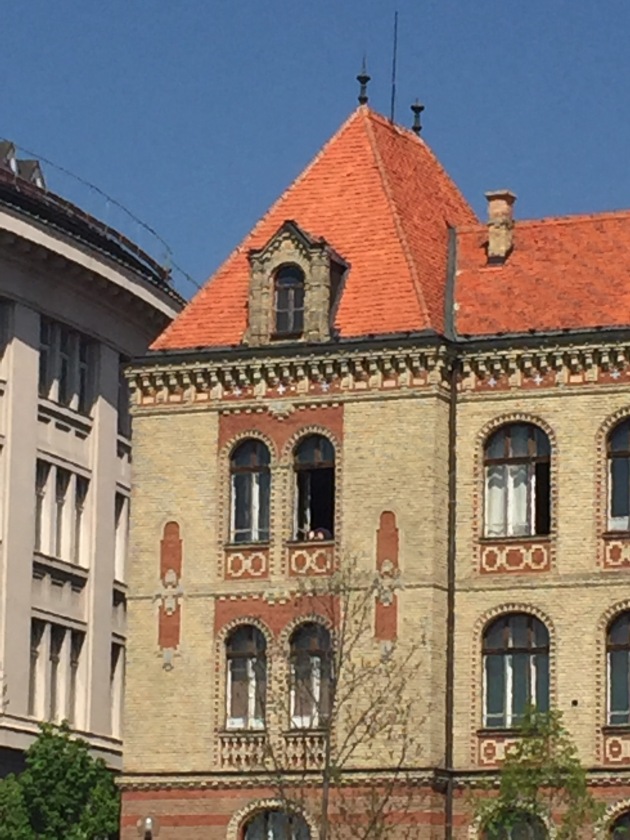